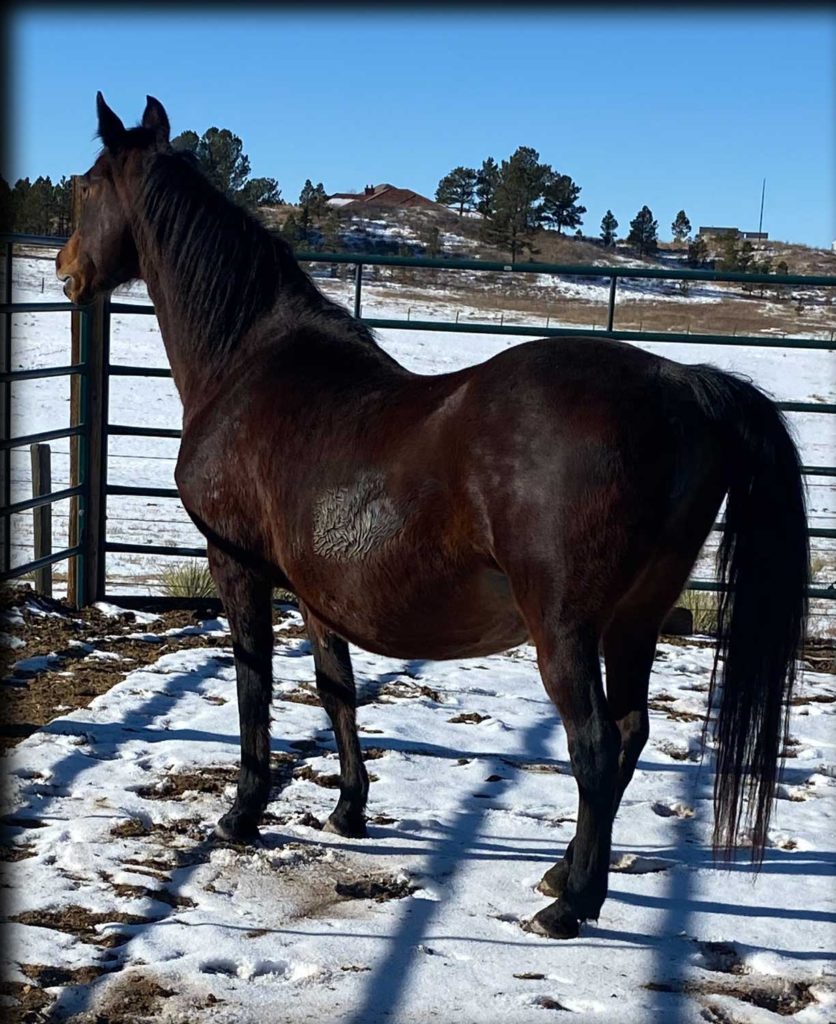 This mare was listed on MorganShowcase for just a short time before she was spotted by Jay and immediately recognized as the grand producer of many time World and Grand National Champions Queen’s Soul Mate and Queen’s Yankee Pride, among others. We were devastated when she lost twin foals shortly after her arrival, but she is now safely in foal to Queens Sebastian for 2022 and back home with us in hopes of producing a filly to replace her dam some day.

Mary is a full sister to Queen’s Johnny Angel, who was an exciting show horse here in Colorado at River’s Edge, as well as many time World Champion Queens American Idol GCH, a much loved and enjoyed member of the Gruenberg family at Stone Ledge Farm. She is also a maternal sister to the incredible World Champion Mare Jungle Love GCH (by LPS The Boogie Man GCH). 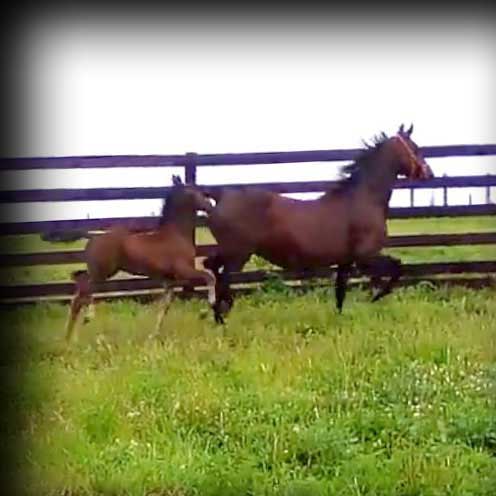 Mary is the dam of —